The Granés family is pleased to announce that they have reached an agreement that will make INOXPA a part of the Interpump Group.

INTERPUMP is an Italian group listed at the Milan Stock Exchange. Through its "water-jetting" division it is the world's largest manufacturer of high-pressure piston pumps (main brands: Interpump, Pratissoli, Hammelmann, NLB), while its "hydraulics" division is a major player in production and sales of hydraulic components. Interpump's sales more than doubled during the 2010-2015 period, and are expected to exceed one billion euro in 2017, more than 80% of which outside Italy. Also margins have been constantly improving in the past years.

The Group has a history of successful acquisitions in both divisions, and features an integration model that preserves the structure, brand and business of acquired companies while helping them to grow in size and profitability. Inoxpa is their second, larger step into the food/pharma/cosmetics sector, after the acquisition of Bertoli homogenizers in 2015.

Fulvio Montipò, founder of Interpump in 1977 and current President and CEO, commented: “this acquisition synergically widens our opportunity horizon in the food, pharma and cosmetics market. We trust this will be a further stimulus for Inoxpa’s growth, as already experienced by many companies we acquired in the past”

INOXPA has grown in the last years reaching a turnover of nearly 60ME in 2016. The opening of new emerging markets has contributed to the increase in turnover and the group currently exports over 80% of its sales abroad.  Continuous investment into new product research, development and innovation (R + D + i) was key to the success of the brand all over the world.

As a member of the Interpump Group, INOXPA will have the necessary capacities for its continuous expansion and growth and to be one of the leaders  in the food sector.

With this sale, it will be possible to establish a private Foundation for social purposes that the Founder of INOXPA, Mr. Granés wanted to constitute. 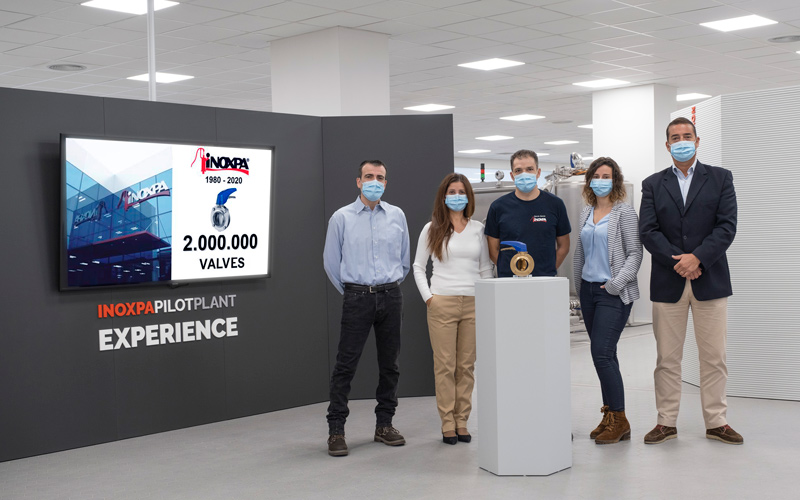 Given the current situation in Spain amid the coronavirus outbreak, we would like to inform you that INOXPA is considered a provider of essential services